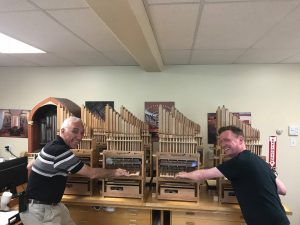 The Canadian organists association has embraced Orgelkids as a strategic project to reach new audiences and young people for the organ. This association, the Royal Canadian College of Organists (RCCO), therefore decided for  a nationwide project: each of the eight regions in the country will have its own Do-organ in October 2018. 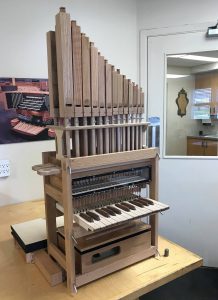 The Canadian organ builder Létourneau built these eight organs according to the Wim Janssen concept. But there were also added some own characteristics. For example, these organs have a viewing window in the storage bellow and the pipes have longer toes and a holder in which they stand. But otherwise it is unmistakably a Do-organ 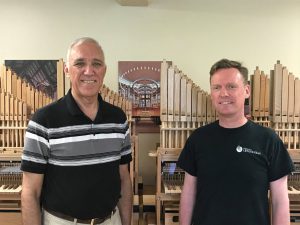 Rick St.-Germain (left) went to pick up the eight Do-organs from the organ builder, Andrew Forrest. So many organs still fit in a car. We wish project team Rick St.-Germain, Elizabeth Shannon and Janet Weaver a lot of fun and success with OrgelkidsCAN! 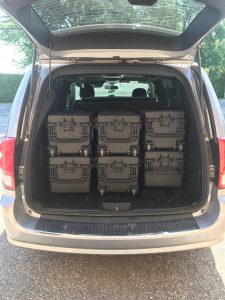