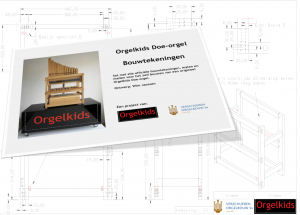 Do you want to build your own Orgelkids organ kit? You can! There’s a set of 24 builder’s drawings available. The construction of the Do-organ is explained with the aid of the technical drawings. This is a professional set with all the builder’s drawings and measurements you need to construct one.

You can order the complete set of 24 plans and instructions as a downloadable package (zip-file) by paying a donation of € 60,00. As soon as your payment is received you will get instructions for downloading. (Dutch customers can pay with iDeal.) Customers from other countries can use this form for ordering and pay with PayPal (use yellow button below). 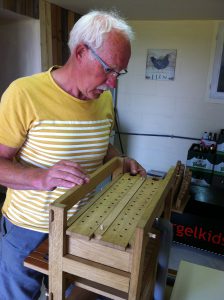 “How can we familiarize children with the pipe organ as an instrument as well as a craft, in an engaging manner?”

This question occupied the mind of Wim Janssen, a retired organ builder, for some time. In his own workshop, he developed the concept of a building kit: a real tracker organ in separate parts, packed in a crate, which children could assemble by themselves. Not a demonstration organ with a few keys, but a complete instrument equipped with two octaves, two ranks and hand pumped bellows to supply the organ with wind. In this way, children can build an organ and even play it when it is finished.

Lydia Vroegindeweij, an educational publisher and amateur organist, started an educational project that allows children to become acquainted with the organ. Her motto is:

“What good are beautifully restored organs if we soon have nobody who can play them any more?” 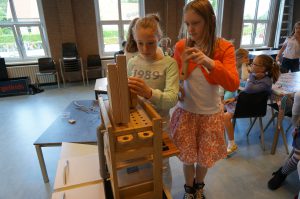 In 2013, Wim Janssen built the first organ for Orgelkids. The organ is rented to organists and organ teachers who provide an educational project to schools or youth groups. The home of this organ is in the town of Leusden. In 2015 a second organ was purchased to be rented in Belgium, out of its home in Antwerp. Based on Wim’s drawings, two Do-organs are being built in Oregon, USA. In the meantime, the project is being promoted in many countries around the world and there is interest in having more Do-organs being built.

About the building plans/drawings 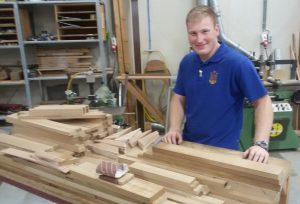 Wim Janssen made the original drawings for his own use. After many requests, a solution was sought that would allow others to build a Do-organ themselves. Verschueren Organ Builders accepted the challenge and modified the drawings to the extent that other organ builders can now get to work. The young organbuilder, Thierry Kurstjens, accomplished this task.
The drawings have also been tested in practice. Verschueren Organ Builders will complete a small production run in 2016, the year of its 125 year business anniversary. These new Do-organs are available to those who wish to purchase a complete assembly kit at a modest purchase price.